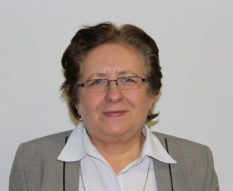 Tatiana RĂDUCANU
President of the Board, retired Supreme Court of Justice judge

Mrs. Tatiana RĂDUCANU is a professional judge. She worked as a judge at the Chişinău District Court (Râşcani) during the period 1988-1996. In 1996 she was promoted as a judge at the Court of Appeal of the Republic of Moldova, where she worked until 2003. Subsequently she was a judge at Chisinau Court of Appeal. On 30 June 2005, Mrs. Răducanu was promoted to the Supreme Court of Justice, where she worked until 2016. In 2016 Mrs. Răducanu left the judicial system at her own initiative.

Currently Mrs. Răducanu is a retired judge. She continues her legal activity in the private sector.