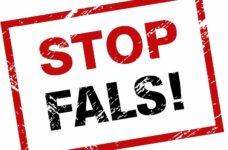 The LRCM is the target of new attacks that are based on fake news and misinformation, aimed to discredit the organization and its views regarding the justice reform in the Republic of Moldova.

The last attack was launched on 1 October 2019 on a news portal with a suspicious reputation, through an anonymous article, full of fake news and insinuations, which targeted the LRCM and was published without contacting us in this regard. The attack emerged just after the LRCM experts expressed their critical views on the organization of the General Assembly of Judges that took place on 27 September 2019. The same text was also distributed among the judges, before it was published by the mentioned above portal. This article aims to keep the focus away from serious problems in the judiciary system and compromise both the LRCM, as an organization, and the public positions of its experts.

The article does not respect any deontological rules of journalism, but follows, in a loyal manner, the rules of misinformation: it has no author, it reflects imaginative speculations and denigrating allegations with no real grounds, it does not present the opinion of the person concerned, etc. Subsequently, this information is reproduced by other websites with suspicious reputation and promoting politically engaged messages. This way of misinformation has been widely documented in the Radiography of attacks against non-governmental organizations from the Republic of Moldova.

Taking into account the fake news promoted by the propaganda and misinformation channels, the LRCM clarifies:

The LRCM has already been previously a target of attacks, which become more intensive in specific periods, particularly when we publicly express critical attitudes.

The LRCM will continue to support the promotion of democratic values and good governance, in order to strengthen democracy and the rule of law in the Republic of Moldova. We urge anyone to contact us to obtain information of public interest about the LRCM, before publishing any materials about the LRCM. Also, we urge the public to assess carefully the anonymous news or materials, which come from unknown or suspicious channels.