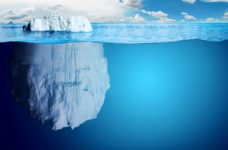 Civil society organisations strongly condemn the way the Government of the Republic of Moldova violates legislation on transparency of the decision-making process. Thus, on January 29, 2019, a draft Government Decision on the modification of the Government Decision no. 705 of 11.07.2018 regarding the approval of the Technical Concept of the Automated Information System “State Register of Public Procurement” (SIA RSAP) (MTender) was published on the official page of the Ministry of Finance. The draft GD provides for the abrogation of points 8 and 13 of the abovementioned GD, and by this repeal it is proposed to maintain the previous SIA RSAP electronic procurement system (etender.gov.md), which, by HG 705, should have been used only as an archive. The rationale for this draft GD raises doubts. The authors point out that “the abrogation of the prenotated points is necessary given that the public procurement procedures initiated in the System approved by H.G. no. 355/2009 (i.e. the old SIA RSAP) are not yet completed and, at the same time, after their completion, the contracting authorities may make changes to the procurement contracts concluded following these procedures and the use of this system only as an archive will not ensure this”. It is true that a number of procedures launched through the old SIA RSAP (prior to the nationwide launch of the new AIS SRPP MTender) were not completed for the purpose of contract implementation. However, the old website does not provide for the publication of online contracts, thus it is not possible to modify them in the system. All changes are made on paper. Consequently, the argumentation of the authors is not pertinent.

On the other hand, as it was mentioned above, the draft was published on the Ministry of Finance’s website on January 29, 2019, with a deadline for collecting opinions until 13 February 2019. The next day, on January 30, 2019, this draft is included on the agenda of the Government meeting, and adopted accordingly. Such a flagrant violation of the law on decisional transparency is inadmissible.

In the same context, we recall that at the end of 2018, Parliament approved the significant increase of thresholds for small value acquisitions, but these procurements are not subject to the provisions of the Public Procurement Law No. 131 and are totally non-transparent. These procurements are not currently executed through the new MTender system, nor is there an obligation for contracting authorities to publish small value contracts in the system. Thus, a significant part of the public budget is used in a totally non-transparent manner, this type of procurement being most often used to avoid transparent procedures by dividing procedures.

Therefore, we reiterate the need to ensure maximum transparency of the use of public money, and we ask the Ministry of Finance to develop and submit for approval to the Government a draft decision that will replace the GD 665/2016 by which small purchases over the threshold of 50,000 lei must be conducted in compliance with minimum requirements of competition and transparency, indisputably by using the MTender system.

At the same time, we urge public authorities to fully comply with the legislation on transparency of the decision-making process, and the Government and Parliament should not allow the adoption of normative/legislative acts that have been submitted for approval violating the existing rules.

The declaration is available here.