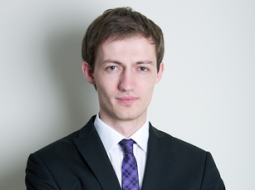 Pavel Grecu is a Legal Officer at the Legal Resources Centre from Moldova since February 2013. His fields of activity are the European Convention of Human Rights, justice reform and anti-discrimination.

Mr Grecu did his bachelor and masters studies at the Law Faculty of the State University of Moldova.

Pavel is fluent in Romanian (native), English and Russian.