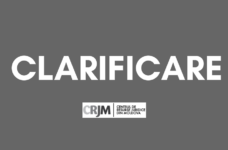 On 5 February 2018, a press release was published on the website of the Prosecutor General’s Office, which states that during the year 2017, judges authorized 3,142 prosecutors’ applications regarding the tapping and recording of conversations and images. The press release also states that during the past year, a non-governmental organization provided information according to which “telephone tapping is being used too often, running to tens of thousands” and “this information being analyzed … and compared to the real state of things, obtained from legal and public sources, there have been proven great differences”. In October 2017, the Legal Resources Centre from Moldova (LCRM) published an infographic with statistical data regarding the interception of telephone conversations in the Republic of Moldova between 2006 and the first semester of 2017. LCRM compiled this table based on statistical data published by the Agency for Administration of Judicial Courts (AAJC).

The data used by the Prosecutor General’s Office differs considerably from the data published by the AAJC, which has the task to collect and publish judicial statistics. The AAJC report on judicial statistics for 2017 is not yet available. Still, the statistical report for the first nine months of 2017 is available. According to it, between 1 January and 30 September 2017, the courts accepted 9,471 prosecutors’ requests to authorize interception of telephone conversations. It is surely clear that other interceptions have been also authorized during the last 3 months of 2017.

The number of telephone tapping for 2017 published by the Prosecutor General’s Office (3,142) is at least 3 times lower than the nine-month figures of 2017 published by the AAJC (9,471). The difference between the official statistics of the AAJC and the data used by the Prosecutor General’s Office raises serious concerns that are to be explained by these institutions.

In any case, even 3,142 authorizations, the number with which the Prosecutor General’s Office operates, is too high for the Republic of Moldova, as mentioned by the European Court of Human Rights in the case of Iordachi and others v. Moldova, in 2009. Moreover, this number is higher than the number of interceptions authorized in 2014 in the United Kingdom (2,700), a country with a population 21 times bigger than that of the Republic of Moldova and with an increased risk of terrorist incidents. The number of telephone interceptions in the Republic of Moldova is annually increasing, which is confirmed both by the statistical data used by the Prosecutor General’s Office and by the AAJC.