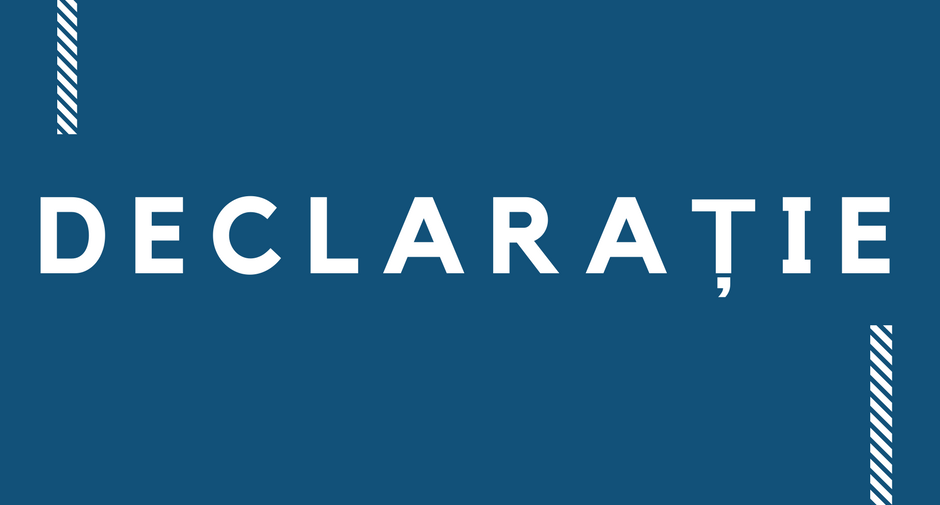 The group worked for more than a year and prepared a draft law intended to replace the Law on Public Associations and the Law on Foundations. This draft is in line with the best international standards and practices and may represent, if adopted, a step forward in ensuring a sustainable and independent associative sector in the Republic of Moldova. The draft was endorsed by international experts and subjected to public consultations with participation of non-commercial organizations held on 14 September 2016 by the Ministry of Justice. During its activity, the working group enjoyed independence and was not subject to undue influence by the leadership of the Ministry of Justice or any other authorities. The draft Law on non-governmental organizations is ready to be promoted for adoption.

The additions include “special provisions on political activity of non-governmental organizations”, which significantly limit the activity of non-governmental organizations and establish prohibitions for their direct or indirect foreign financing. These restrictions refer to organizations that contribute to development and promotion of public policies intended to influence the legislative process. At the same time, these restrictions apply to the organizations that, according to the initiative, could participate or intervene in political activities, electoral campaigns, electoral programs, support political parties, their leaders or candidates, promote them or any other actions undertaken by them, either jointly or separately, both, in elections within the meaning of the Electoral Code or matters subject to a referendum, or beyond elections. These organizations will be prohibited even from accessing the 2% mechanism.

The adjustments also aim at additional financial transparency rules for all organizations that benefit from financing outside the Republic of Moldova. They should submit to the Ministry of Justice quarterly and annual financial reports, even though such reports are submitted monthly and annually with the Tax authorities of the Republic of Moldova. Moreover, the NGOs should publish other reports confirming the origin of the organization’s funds and revenues, and of the members of its management bodies as well. Additionally, organizations will have to submit a written declaration on incomes and expenditures ratio for “political activities” to the Ministry of Justice and the Central Electoral Commission and publish it on their website.

On 6 July 2017, the members of the working group convened in a meeting with the Minister of Justice.  At this meeting, Mr. Cebotari mentioned that the proposed additions are designed to avoid the external influence on the policy of the Republic of Moldova, which is exercised, including by means of external financing of non-commercial organizations which are focusing on state policies or are supporting, directly or indirectly, initiatives of political parties. The Minister suggested to improve the text proposed by him. The representatives of the Ministry of Justice in the working group informed the representatives of NGOs from the working group that the final version of the daft to be promoted will be decided by the Ministry of Justice.

The signatory organizations consider that the proposals of the Minister of Justice cannot be supported in any way, because they are contrary to the international standards and are endangering the entire associative sector and democracy in the Republic of Moldova.

This initiative is contrary to the international standards, which do not allow such limitations for the NGOs activities. A recent analysis by the Venice Commission reveals that such limitations exist only in three member states of the Council of Europe – Russia, Hungary and Azerbaijan. Recently, the Venice Commission had a critical attitude on Hungarian law. The limitations proposed by Mr. Cebotari are even more restrictive than those in Hungary, a country that does not impose an absolute ban for foreign funding of NGOs. Moreover, the minister’s initiative is contrary to the very purpose for which the drafting of new legislation was initiated. The working group was created to improve and not to worsen the working environment of non-governmental organizations. If Minister’s intention was communicated from the outset, no non-commercial organization would have accepted to get involved in drafting such a draft Law. Furthermore, this initiative was announced at the latest possible moment, despite the fact that the same Minister created the working group more than a year ago.

The proposals represent an attack on non-governmental organizations that are active in promoting public policies or any other activities to develop participatory democracy. The absolute majority of Moldovan NGOs benefit from funds provided by development partners. Such measures will deprive the majority of active NGOs in the country of financing and the foreign political organizations and foundations working in the Republic of Moldova would be forced to cease their activity. Therefore, this will affect thousands of people directly benefiting from the NGOs activity and the functioning of democracy itself in the Republic of Moldova.

The proposed provisions are contrary to the Association Agreement between the Republic of Moldova and the European Union, which encourages the involvement of all relevant stakeholders, including civil society organizations, in developing policies and reforms in the Republic of Moldova. We must recall that the state of the Republic of Moldova itself benefits from continuous financial support from the development partners. Thus, restricting external financing for the non-governmental sector is at least disproportionate.

Furthermore, for 20 years the legislation of the Republic of Moldova has not provided for such prohibitions. Due to the fact that legislation had not provided for such bans, the associative sector in Moldova developed considerably over the past two decades. This confirms that the danger invoked by the Minister of Justice as an argument for promoting the initiative does not exist. The draft law elaborated by the working group already sets limits to the NGOs’ involvement in elections in line with best international practices. The proposed additions go much further, excessively limiting the activity of NGOs both during and after elections.

This initiative comes at a time when we are witnessing a regress in the environment of non-governmental organizations activity, including due to attacks against several civil society activists. Also, the statement made by the President Igor DODON on 26 May 2017 on the usefulness of promoting provisions limiting foreign funding of NGOs, similarly to Hungary, cannot be ignored. We would like to believe that this incident does not represent the policy promoted by the government regarding NGOs.

In the light of the foregoing, the signatory organizations call on:

Note: The draft law, with the additions proposed by the Minister of Justice (Art. 26-28) was published in the afternoon of 11 July 2017 after the above declaration was issued, and is available here.

The English version of Declaration can be downloaded here.

The Romanian version of Declaration is available here.

*APSCF is a network of 89 national and local NGOs set up in 2002 and some member NGOs have been active since the 1990s, being active particularly as providers of social services for children, as well as promoters of new approaches/ ideas/ norms in child’s protection. The member NGOs, dialogue partners of national and international decision-makers, and children’s friends, contribute through daily activities to the implementation of the UN Convention on the Rights of the Child, since it has been ratified.