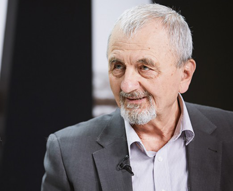 Arcadie BARBĂROȘIE
Executive Director of the Institute for Public Policy

Dr. Barbarosie has studied Mathematical Statistics and Probability Theory. He started his career as a university researcher and professor. After the changes in the former Soviet area, he was involved in reforming the Public Education, Research and Development areas in the Republic of Moldova. Dr. Barbarosie was appointed as Director of the Research and Development Department within the Ministry of Education and Research, and later - as the Deputy Dean of the newly established Academy of Public Administration, where he was responsible for research organization and international relations. While in these positions, he developed a range of policy analysis, and has changed his area of research, getting more involved in public policy analysis. Since 2000, Dr. Barbarosie is heading the newly established Institute for Public Policy, an independent think tank in the Republic of Moldova, which has become a leading organization in the field of policy analyses. Particular interests of Dr. Barbarosie are European Integration, National and Regional Security, Transnistrian Conflict settlement policies, Educational Reform, Human Development and Good Governance, Local and Regional Development.